The History of Water Management in the Iberian Peninsula 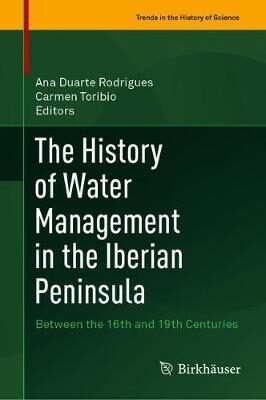 This volume approaches the history of water in the Iberian Peninsula in a novel way, linking it to the ongoing international debate on the water crisis and solutions to overcome water scarcity in the Mediterranean.

What water devices were found?, what were the models of these devices?, how were they distributed in the villas and monastic enclosures?, what impact did hydraulic theoretical knowledge have on these water systems, and how might these systems impact hydraulic technology? Guided by these questions, this book traces the history of water in the most significant cities, the role of water in landscape transformation, irrigation systems and water devices in gardens and villas and, finally, the theoretical and educational background on water management and management. hydraulics in the Iberian Peninsula between the sixteenth and nineteenth centuries.

The historiography on water management in the territory that is now Spain has highlighted the role of the region as a mediator between the Islamic water masters and the Christian world. The history of water in Portugal is less well known and has been taken for granted to be similar to that of its neighbor. This book compares two countries that have the same historical roots and, therefore, many similar histories, but at the same time, offers information on particular aspects of each country.

It is recommended for scholars and researchers interested in any field of early modern and 19th century history, as well as general readers interested in studies of the Iberian Peninsula, as it was the model for many settlements in South America. Asia and Africa.